“A treasure whom the earth keeps to herself” enthused the english poet William Woodsworth during his visit of lake Como in 1790 ; and indeed a sojourn amidst the lake’s poetic shores, in a private luxury home for rent, will leave one’s heart filled with dreamful contentment.

hough it has long since become a well known secret, and the most famous of the Italian Lakes, Lake Como remains a place filled with beauty and pocket havens of poetic solitude. The shores of the deep glacial lake have been a constant retreat for the nobles since Roman times, and the selection of Maisonbulle luxury holiday homes and villas for rent by the lake, have little to envy to the likes of the grand Villa Carlotta and Villa del Balbianello, two of its most renown luxury estates.  Natural testimony to the indulgent lifestyle, and exclusive repose, royals and poets alike have incessantly come to reveal on these shores, the sophisticate intimacy of the Maisonbulle homes and fabulous villas for rent in Lake Como, is unsurpassed. Pure splendour and classic italian in style they are guarantees of magical family holidays, secluded romantic escapes and fabulously elegant getaway alike.

The natural attractive glamour of the lake is further enhanced by the architectural and artistic gems that dot its shores, inevitable testimonies of the art, culture and traditions of the region. While the abundant lushness of its gardens and the remarkable cuisine of its cobbled stone village locandas rarely fails to delight. Perhaps less known of are the mystifying walks and wander to be had amongst the hills of the valley. Deserted pathways, traced in ancient roman and renaissance times to facilitate the trade between Italy and its northern neighbours, these routes long since abandoned for faster “highways” remain undisturbed. Intimate and fascinating, for their lays dormant the natural history of the lake, they float somewhat above the it, while passing through rustic villages, olive groves, woodlands and ancient places of importance. 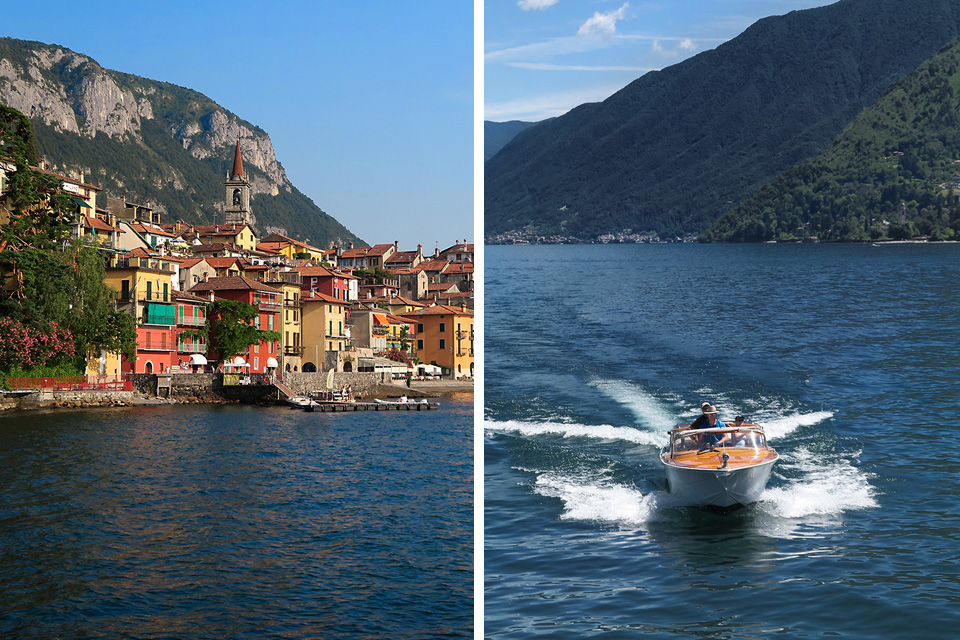 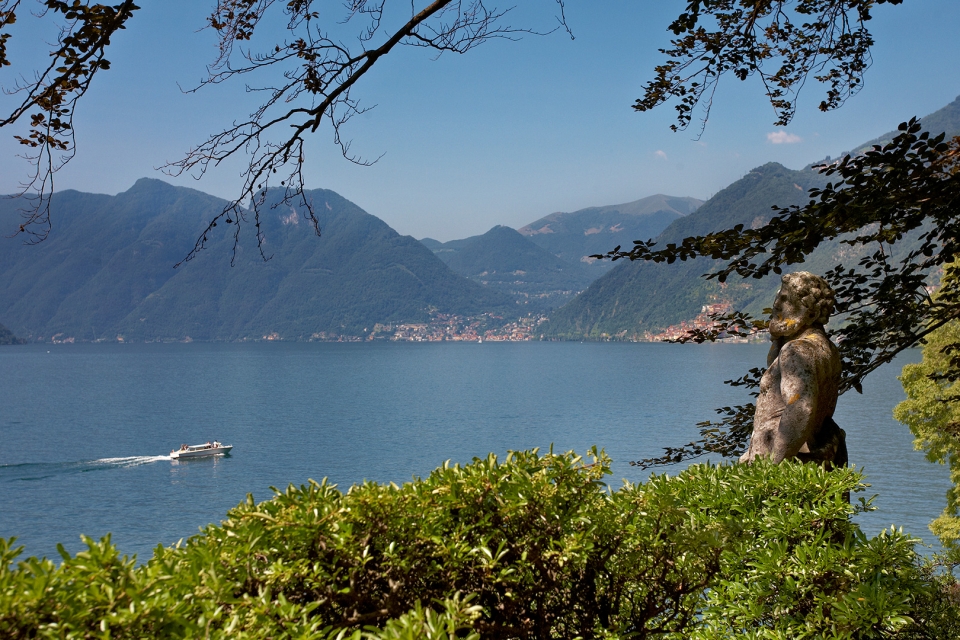 Lake Como, or Il Lario as it is also known, is shaped like a pair of scissors, 120km long in length, cutting through mountainous pre alpine territory. With over 400 metres of depth, its deepest point more than 200 metres below sea level, legends of amphibian creatures abound ; yet it is the magnificence of its scenery, and the poesy of its living, that never fails to define each and everyone’s time in it’s embrace.
The graceful hills and temperate climate, the spectacular views, glistening waters and awe inspiring mountains reflecting in, Il Lario di Como is indeed a difficult one to resist.
In being so, it has marked his way through history, with such visitors as Napoleon, Churchill, and J.F. Kennedy in search of some respite from their tumultuous leading lives, as well as writers, painters and composers like Manzonni, Stendhal, Liszt, Belllini, Da Vinci or Hitchcock to name a few, who came to breathe inspiration from its dreamy magical setting .

Thus the lake of Como is a place to visit with a kindred spirit, one to enjoy not simply the glamour it is recognised for, but very much to wander in awe and delight in the stillness and grandiose beauty of the nature it rests within. 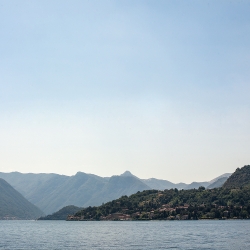 Rain: regular though shy in the summer.

Dress code: Casual and comfortable summer clothing, with a consideration for layering wear. Distinctively elegant options. Notable swimwear to enjoy the lake glamour and breathable hiking clothing for the hills. Warm knitwear a welcome plus.

Note: Summer months are favoured, yet Winter’s offer the leisure of a captivating and elegant rural haven, within less than two hours from the limelight of Milan and St Moritz.

Get in touch today for the opportunity to book one of our exclusive holiday rental homes.